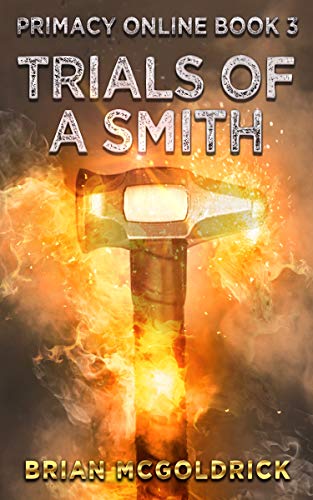 The QCP (Quantum Control Program), which controls Primacy Online, is evolving, and the Church of the Resurrection has no control over its development. Unknown to most of the "players", changes are coming to the "game", but no one knows what they will be. Some of the players have noticed what they consider arbitrary behavior on the part of the QCP, but they have no idea of the dangers that it portends.Crom Cruach is one of the players that is aware the QCP is behaving oddly. He knows that it could spell trouble, but he keeps pushing forward to complete his Initiate Rank Trial and acquire a repeatable quest to undo a seal on the first of Balor's ward curtains. Among the players, who have risen to the Rank of Initiate, they all say the quest is broken. None of the players has any idea how to unlock the seals, and the QCP has given no clues for the quest.Just to complicate matters, while the Church has officially withdrawn the bounties on Crom Cruach's group, the Church is divided, and the faction that put up the bounties will still pay them. The Iron Dragons are scrubs, with delusions of adequacy, who want to collect those bounties, and enough scrubs can be more dangerous than a swarm of rabid rats.With the obstacles in his way, can can Crom Cruach complete his Initiate Rank Trial and be the first player to unlock a seal on Balor's ward curtain?