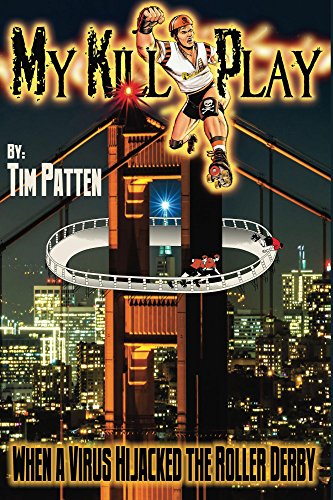 Ever since the birth of modern roller derby in the 1930s, this dangerous and dynamic sport has lit up the souls of millions of fans worldwide. Players risk life and limb in dazzling displays of daring, skill and strength, and audiences shower them with enthusiastic adulation and affection.

During the 1970s, roller derby became a sports entertainment phenomenon in North America. Matches were broadcast live on television and banked-track arenas were packed out with crowds cheering wildly for their favorite teams. In the 1980s, a deadly virus threatened to strike down many talented players. This book tells the inspiring story of one of these athletes.

As a child, Tim Patten watched his first roller derby match and initiated his lifelong love affair with the sport. After training incessantly, he eventually joined its ranks. He competed professionally for twelve years before going on to own a derby league.

With honesty and wit, he recounts the true story of his rise in this thrilling sport, and of his battle with the disease that threatened to end his life. You'll experience his most intense and spectacular moments on the banked track and meet some of the friends he made along the way. This is a tale of passion, ambition, and the indomitable human spirit, and about finding and keeping true love.